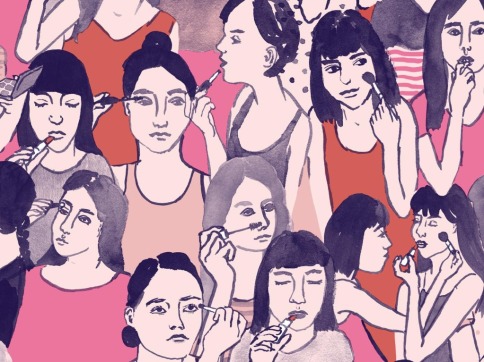 People may not like this, but I’ll say it: I’m tired of the dumb lists of tips that can “change your life.”

I recently saw this list floating around Facebook, and while it does have some useful tips, they aren’t going to change my life. Don’t get me wrong, I love chocolate chip pancakes, but lists like these — and there are a ton of them out there — make girls seem so general and superficial. And I’ve seen these not just for girls, but for college students in general or for 20-somethings. I just don’t understand this phenomenon.

I understand that the point of these lists is to be relatable, but I think they reinforce stereotypes more than anything else. By lumping “girls” into one general category it creates more of a divide than a unity. Not all girls agree with these tips or even care about these things, so then is that saying those who don’t relate aren’t girls? Not all girls are the same, just like not all people are the same. Haven’t we been trying to get that across for some time now? These types of lists are sending the opposite message.

I read some comments on posts like this and I often see things along the lines of “This is so inspirational!” What? Are you joking? The fact that “Get a super awesome coffee mug” is a tip, let alone a tip that is seen as part of an “inspirational” list is ridiculous. Things like this make girls seem extremely superficial. First of all, tell me, how is having a super awesome coffee mug going to change your life? Unless that thing is used as a weapon against a zombie attack and saves your life, I’m pretty sure it really has no significant impact.

I’ve noticed that the lists pertaining to girls, rather than their male counterparts, often have “Make sure you buy XYZ.” What does this say about the way we view women? That we’re so hung up on material things that we think having a good pair of jeans can change our life? I just don’t understand.

I get that these list makers are ultimately trying to say “take time to enjoy the little things,” but why do these “little things” so often have to be material things?

Value Your Own Experiences

Things that did change my life: my family, losing someone I love, and traveling. Those are the three things I can honestly say that have changed my life the most. I won’t go into specifics on how these things impacted me, not now anyway, but I can without a doubt say I wouldn’t be the same otherwise.

While I know there are others out there that also consider these three things their main life-changing factors, their experiences are completely different than mine. I would never tell someone that they’re reacting wrong to something. For example, that list said “Never spend too much time crying over a boy.” Who are you to say that to someone? If they’re hurt, let them cope the way they want to.

A Peek into my Life